Posted at 09:39h in Blog, On A Meander, Restaurants, Things to do by WebAdmin

Located at the beautiful Rawdon’s Estate is the finest craft brewery, Nottingham Road Brewing Company. For any beer fundi this is a must visit with dedicated craftmanship that permeates the whole micro brewery. They have been delighting locals and visitors with their crafted beer since 1996, making them KZN’s oldest craft brewery. Even before the hipsters became obsessed with craft beer, they were doing their thing, clearly the lads who started this brewery were among the trendsetters. 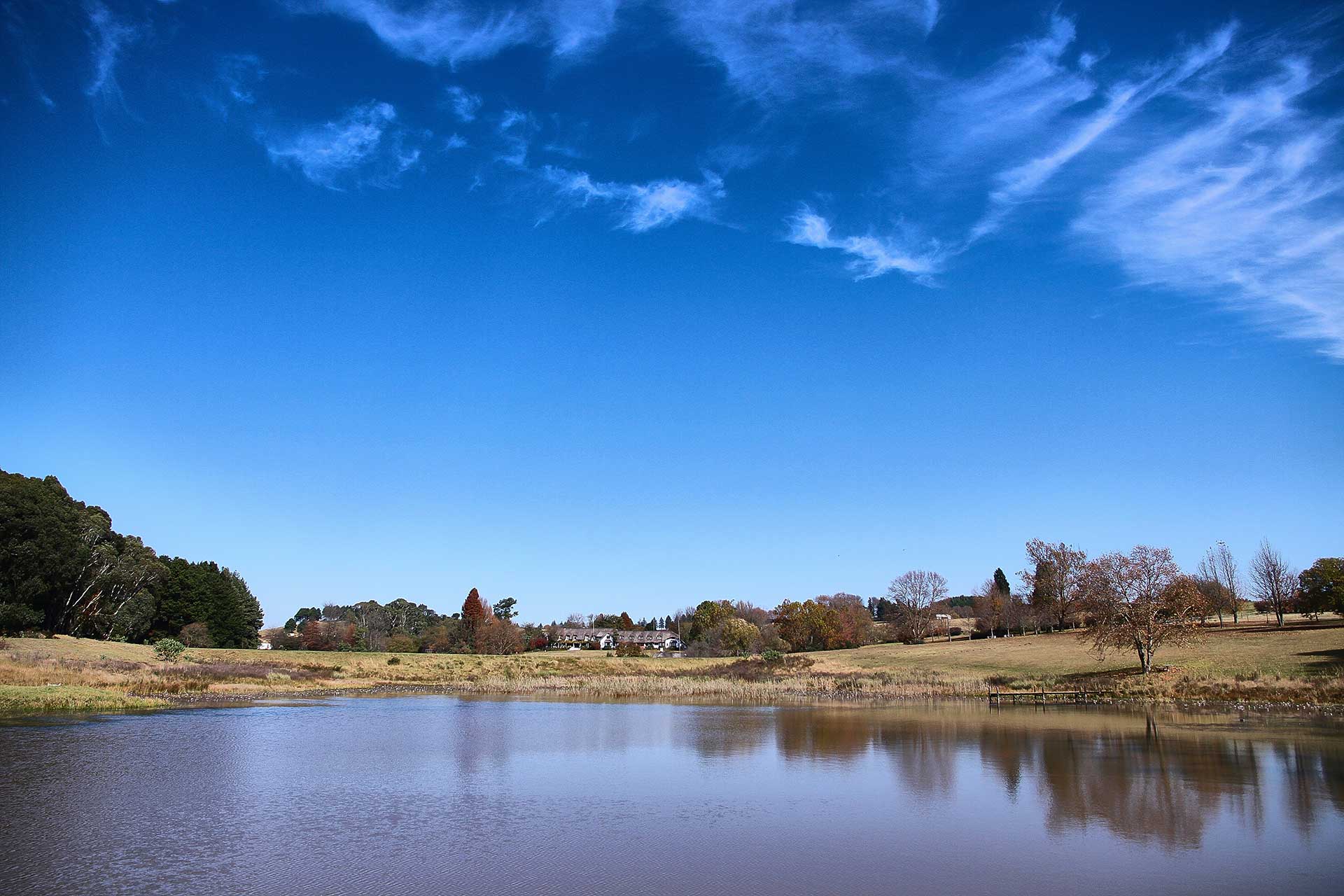 The have a wonderful range of beers on offer to suit everyone’s taste from pale ale and lager to pilsner, porter and even a chubby keg. Tastings are mostly done in Rawdon”s Hotel pub. The pub named the Old boar is a classic old English pub with authentic red leather booths. A great setting for a beer tasting which oozes character and old world charm. Sit inside with a crackling fire or outside in the courtyard on a sunny day. Their beer taster paddles are very reasonable with 6 beer types for R60, this about 1.5 liters of beer in total, so definitely enough to get you on your way. 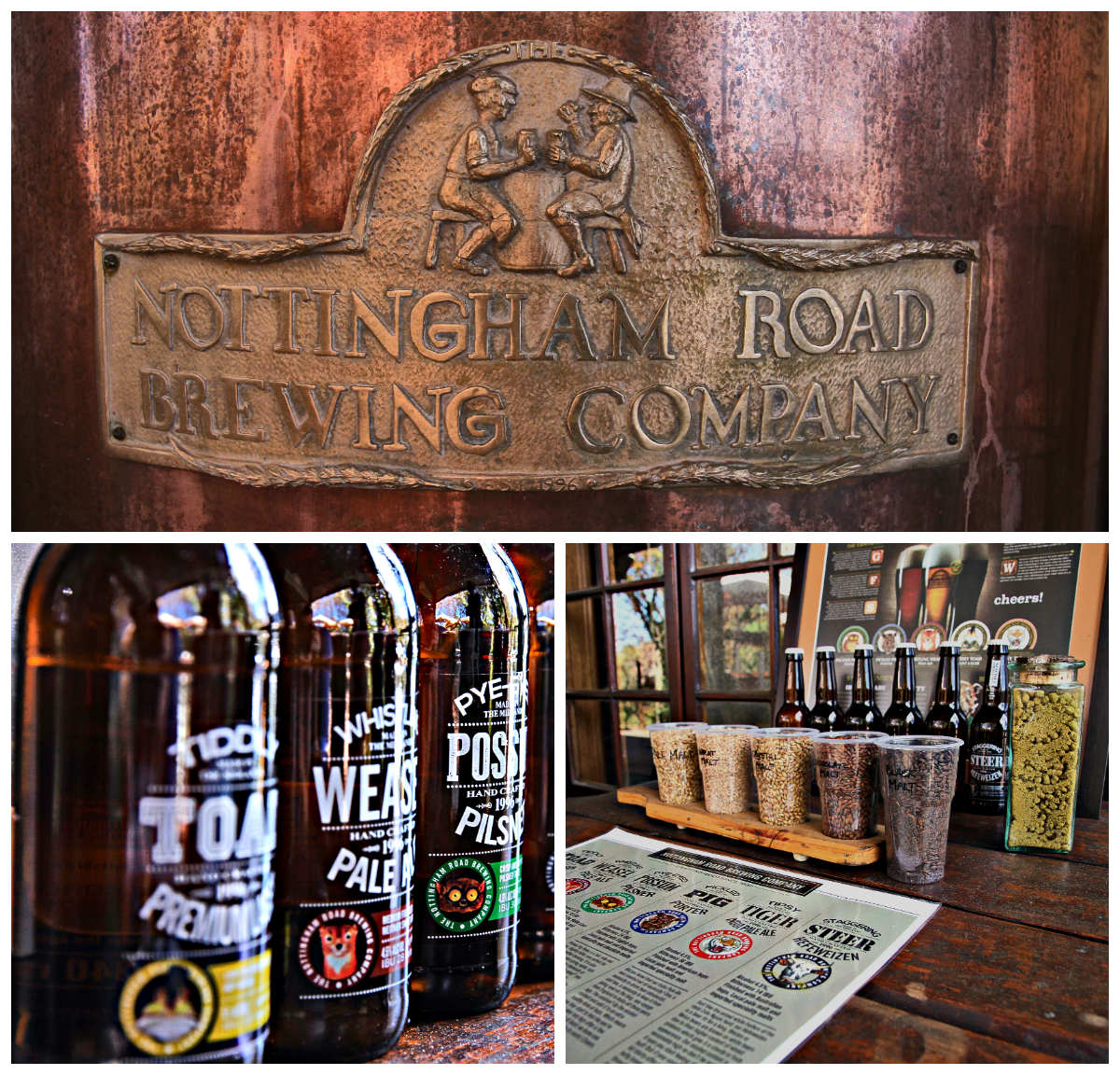 They take their brewing very seriously putting a lot of time and special care into it. The brewing takes 8-9 hours, fermentation up to 14 days and a further week or two for maturing. The best hops and malted barley are sourced locally and abroad from SAB Maltings and hop farms as well imported from Europe. The secret ingredient making their beers unique is the spring water that is pumped from the artesian well on the Rawdon’s Estate. The quality ingredients come through with the taste of the beers being smooth and delicious.

Notties brewery brew 6 styles of beer. The Staggering Steer Hefeweizen is a beer with low hop bitterness that has banana and clove overtones. The Tipsy Tiger India Pale Ale is refreshingly bitter balanced with full maltiness and subtle citrus flavors. The Tiddly Toad Light Lager (3%alc.) is a light beer which doesn’t lack in a full hop aroma. The Pye-Eyed Possum Pilsner is fresh, crisp and dry. The Whistling Weasel Pale Ale which has a medium fullness and is neither sweet nor bitter. And last but not least the Pickled Pig Porter which is a dark beer great for the colder weather with it’s full rounded bitter brew. With so many different styles of beer there is something for every kind of beer lover. 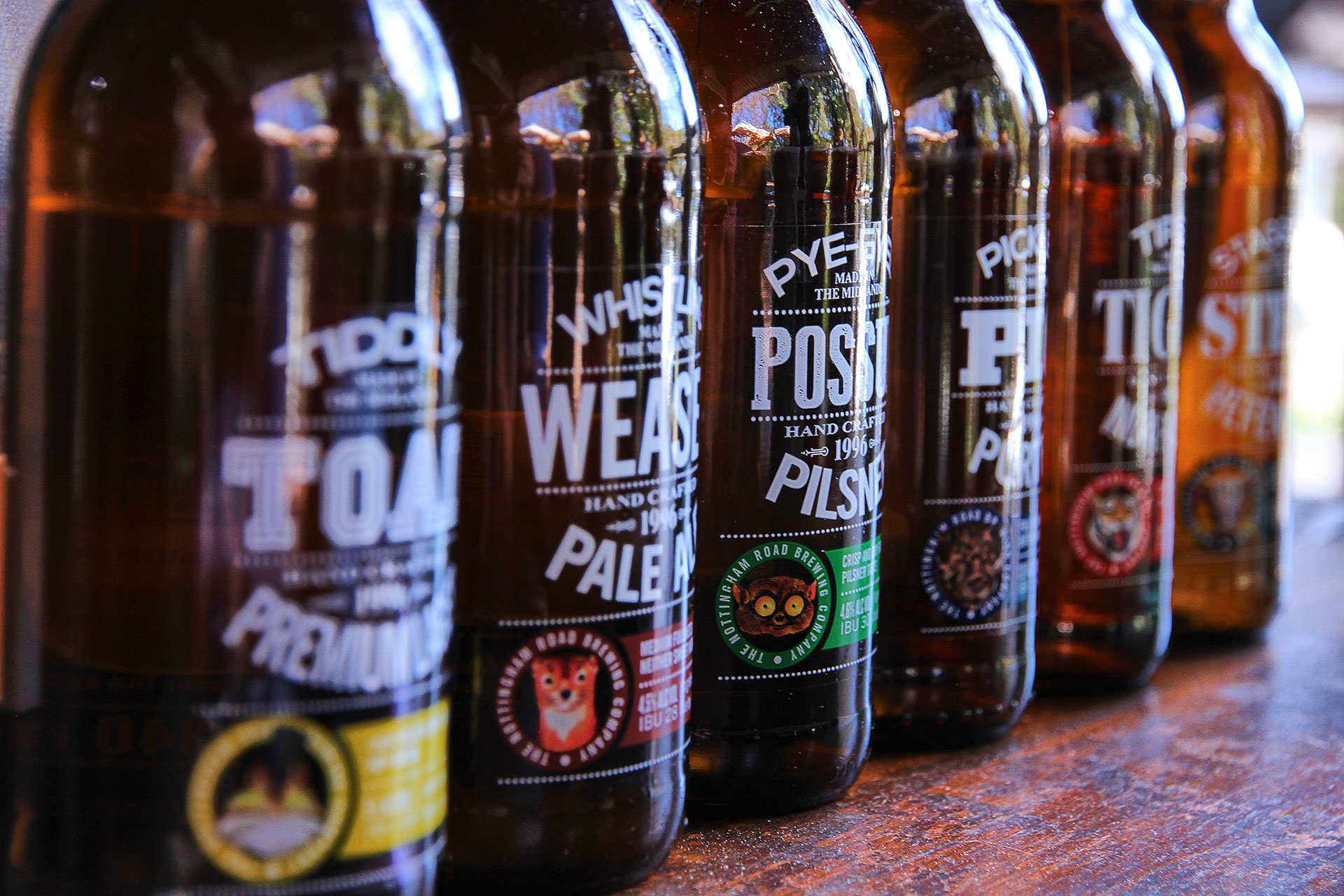 They don’t pasturize their beers which keeps their beer natural but also giving them a shorter shelf life, 6-8 weeks in the fridge. We know this won’t be a problem as it is unlikely that you will be able to leave these bad boys in the fridge for too long.

Come and grab a beer or two and enjoy what this stellar micro-brewery has to offer. You can even buy some of the products to take home with you from their Brew Shop including beer bread making kits, beer gift packs, chubby’s and fun items like “Certified Beer Drinker” t-shirts and other quirky gifts. Whenever you are in the Midlands don’t miss out on visiting the Nottingham Road Brewing Company for an awesome experience that will keep you coming back for more.

On a Meander > The Nottingham Road Brewing Company